Recorded and mixed on 100% Solar power in an old wooden shack on the far northern edges of QLD's Sunshine Coast.

This offering is a musical journey exploring everything from the little things like fireflies visiting in the night to the more serious theme of the state of our planet to cheeky llamas who steal bananas and the over-arching power of love.

The Moonsets electric harp, bass & drums trio are unashamedly eclectic, exploring the light, the dark and all the colours in-between, both musically and lyrically. We hope you enjoy the ride!

Formerly recording and playing live as The Flumes, we changed our name (for obvious reasons) at the end of 2016. We're glad we did and think The Moonsets suits us very well, but to reassure everyone that we're the same band, we re-recorded "Firefly". It's an old one for us, still in the live set and much loved.

What People Are Saying...

"There is nothing cooler than an electric harp! The chilled vibes it creates and the pull and flow of the music are so enchanting". ~ Nkechi Anele Triple J

"Had no idea that an electric harp could have such a great, groovy, psychedelic and luscious rock sound, one that fits perfectly with the rest of the (fantastic) band and with some soulfully mesmerizing female vocals. Every song here shines in its own unique way, like pearls scattered in the sultry underbrush of a thick, tropical forest". Favorite track: Firefly. ~ muschiosauro

"The Moonsets play what you’d imagine in your head having known they’re from the ‘Sunshine Coast’ of Australia. Elements of psychedelic rock hazed with soulful and bluesy vocals and holding a pretty damn catchy island beat throughout. All in all this is a hot find and one I’ll be waiting for the rest of you to join the party soon". ~ Bucky 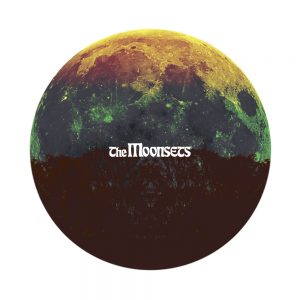 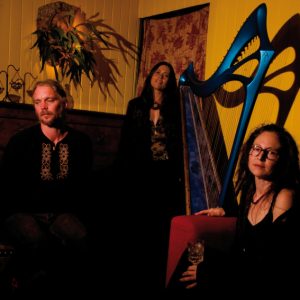 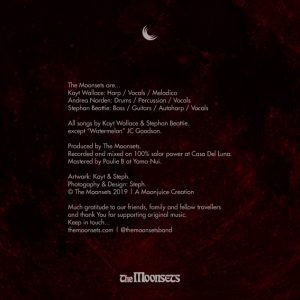 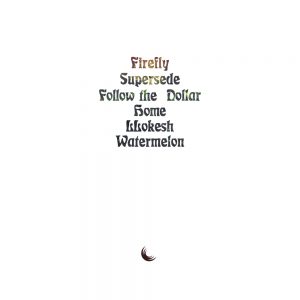 With a wah pedalled electric harp bass line, Firefly is drenched in harp and guitar strings, playful rhythms and lush vocal harmonies; up-tempo with a subtle latin feel; inspired by a series of close encounters with the magic of bio-luminescent critters.

A dub flavoured sub-tropical groove featuring breezy psychedelic electric harp, bass and drums. Although there is a throwaway reference to drug use, Supersede celebrates the many offerings - medicinal, nutritional, industrial etc. and questioning the current laws prohibiting access to a truly remarkable and controversial plant.

Drawing on world music flavours with a touch of blues and finishing with a cinematic, psychedelic outro. Follow the Dollar is a message to politicians and a reminder to us all that we can vote everyday with our dollar and our choices and not just at election time.

After finding the land under our home had been licensed for coal and gas exploration we wrote this groove. Infused with rock and blues, Home points the finger squarely at environmental degradation and says...enough is enough.

Electric harp hums and glides over a playful rhythm section in this quirky soul infused, psychedelic funk ditty about a cheeky llama who has a taste for bananas.

A mid-to-up tempo blues infused tune about the overarching and redemptive power of love. Penned by long term collaborateur John Goodson (Astronaut Launch Party), arranged by and sung as a duet by Kayt and Steph.

Produced by The Moonsets.
Recorded and mixed on 100% solar power at Casa Del Luna.
Mastered by Paulie B at Yama-Nui.

Now available for download and CD pre-order on Bandcamp

You can also exclusively stream these songs right here from themoonsets.com

Get them on Amrap's AirIt

Folk funksters The Moonsets (formerly The Flumes) combine Electric Harp, Bass, drums and soulful vocals to create an eclectic blend of psychedelic folk laced with soul, funk, world, blues and a splash of subtropical groove. It's difficult to pin these musical adventurers down to one genre so be prepared to have any preconceptions blown in the best possible way.

Kayt Wallace artfully bends the organic tones of her 36-string electric Harp with guitar effects and a playing style that's all her own. Her smoky vocals sweep from whispers to soulful roars layered with the harmonies, rich grooves and the playful rhythms of Andrea Joy Norden on drums and songwriting partner Stephan Beattie on bass / guitar.

Over the years the trio have had the pleasure to share their unique sounds at Woodford folk festival, Island Vibe, Kuranda Roots, Folk Rhythm and Life, Earth Frequency and MONA and have been acknowledged with highly commended 4 times in the Blues & Roots, Folk and World categories of the QLD Music Awards.